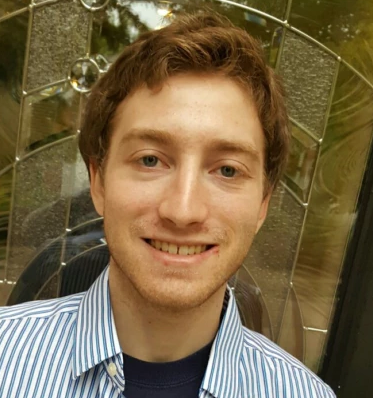 Software developer interested in deep learning and programming languages. Currently at AWS but thoughts are my own.

I came across a blog post a while ago. The overarching question of it was about the relationship between types and sets in a programming language and I wasn’t really happy with the answer they gave. Specifically, it was applied in a particular expression:

This is a comparison of what we would usually think about as a set with a type. Furthermore, it should be possible that if this expression were included in code, it could be executed during compile time rather than runtime.

The primary reason this should work is that a type and a set are the same thing. So, why does this seem off?

To make sense of it, it is important to first go into a separate distinction: types and values. As an example, let’s say that you have a uint8 x. The type of x is all of the possible values that it can have, which is in fact a set. Here, it can be any value from 0-255. But, you don’t know which of those 256 values it actually is.

In comparison, a value for x is concrete like 2 or 10. In general, concrete values will only be known once the code is actually run. Often it requires various inputs, files, or computations to find it.

In summary, a type corresponds to what you know before code is run. A value is what you know when it is running. The difference between the two is time.

To some extent, it can be done. There are functions that take some type arguments and some value arguments. But, working with values and with types are very different techniques. One deals with possibilities and one deals with certainties.

Rather than trying to combine the two, it is better to pick one methodology to use and stick with it. Either convert your problem into a “value to value” or “type to type” problem. Fortunately, in this situation, both are possible. And, I think there is value in understanding both solutions.

The more straightforward case is to turn a type into a value. There are two main ways to do it. The first is by defining how to enumerate the type:

A type can be enumerable if you can list all of the elements inside it and store it into memory as a HashSet or TreeSet. An example would be:

At this point, we can simply use this type like a normal set. And, once we are comparing two set values, we can just compute them normally.

Not really. While enum would work for some types, it won’t work for Nat. Many types such as Nat are infinite. So, unless you also have a computer with infinite memory and computing power, storing all natural values in a HashSet or TreeSet is not going to end well.

Instead, we need some kind of virtual set that merely describes the contents rather than enumerates it. And, the easiest way to do that is to simply use types to indicate the set contents assuming that types are powerful enough. In that case, we would have something like TypeSet<Nat>. When we use it for our operation, it should work something like:

Just like with the memory set, these value computations are usually done during runtime. So, we still need to indicate that we should precompute it. But, this is the final solution to our problem using values.

The other option to solve our problem is to instead look at the problem in terms of types.

Returning to our main goal of {1, 2, 3} ⊆ Nat, the function we are calling in our expression is:

One of the ways to best work with types is to have supplementary definitions that represent specific cases of the main definition. Here, we are dealing with the case where the other is a typeset. The function could be defined as:

But, there is also an even more specific supplementary definition that we can add. We know all of the possible values of the main set as that is it’s type. And, a TypeSet, unlike a regular Set, means we know it’s exact values rather than just some possibilities. So, we can check beforehand if the main Set is guaranteed to be a subset because then we don’t need to do any runtime work. Specifically, it would look like:

The only potential problem is what is the type of {1, 2, 3}? If it is Set<Int> for example, then not all Int are Nat. While Set<Int> is a valid bound on the type, it is too loose of a bound. In order to know that it contains only Nat, then it’s type must be determined more precisely.

The simplest way is to define class Nat = Int_gte(0). Then, by computing the minimum of the set it can be determined that the type of {1, 2, 3} :: Int_gte(1)_lte(3). If the language is sufficiently precise to compute this for constant values where it can be computed, then it satisfies the requirements to simplify the whole subset operation to True.

In this post, I wanted to give an intuitive argument about how to work with types and sets. It should make the problem simpler and provide useful tools to work with similar problems. I hope I have achieved that.

While I presented both a solution working with values and types, I think types should really be the correct solution in this instance. If the type information is sufficient, it would work automatically. The value solution, however, requires some effort to handle pre-computing. For other problems with more computation required, the value one may still be useful.

You May Also Enjoy

When programming, you are working within the concept of time. I am not referring to the standard wall clock time which obviously cannot be avoided. There is ...